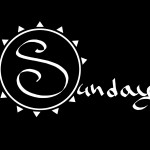 ’Sunday’ band was established in the beginning of March, 2012. The band registered participation in Rock’n Pop the Borders on 4th of June 2014 in membership of:  Aysel Karadaya, 18 – vocal; Zdravko Krustev,18 -  guitars; Hristo Kenarov,19 – drums and Vassko Andreev,17 – bass.

At the online contest they performed the song ‘Bury me’ with lyrics and music by Aysel Karadaya and arrangement by the band. The song was supported by totally 174 votes in audience online voting between 16 June and 16 July 2014.

You do not have access to the Sunday’s song ‘Bury me’. It was removed by the Rock’n Pop the Borders online platform on 30 July 2014 after demand by Aysel Karakaya – the author of song’s lyrics and music.
Moved by the wish this platform to be a stage only for young authors who sincerely want to be at it, the Rock’n Pop the Borders’ promoters satisfied the Sunday’s request and wish them success.
.